Websites like Swoop the world are solely focused on the subject of meeting girls in an international and global context. Also Return of Kings, Roosh V and the Roosh V forum are partly concerned about similar topics. I am also one of those who pushes for so-called love tourism, although equally or more concerned about politics, culture, fitness, and philosophy.

Much has been said about this, and there are definitely several locations that are worth going to in East Asia, South America, Europe, Latin America, and the Caribbean. Perhaps even more regions if they become more Westernized and reach a certain level of material and economic development.

For a man who has limited time, however, there are five cities that are particularly good to focus on if you want the odds to be more in your favor. Perhaps in the end he has only time and opportunity to visit one of them, hence choose wisely.

The reason for these being the most appropriate is that in all of these locations the respective local culture is modern enough to “encourage” casual sex, the obesity rates are low, a large share of women are average to good-looking (partly because they often are thin), male competition is low to moderate, and the populations are large (10 million or more), leading to a near-endless pool of females. To visit so-called emerging markets comes with several downsides, such as poverty, higher crime rates (Latin America) and bad infrastructure, but since the main object is to get laid you have to ignore that.

The capital of the Philippines offers a lot of young and petite females that you can meet online, at bars and clubs, and occasionally through day game and fleeting social circles.

If you are a fairly good-looking guy (preferably of European, North American or Northeast Asian origin) with normal conversation abilities and level of confidence, rent an AirBnb, apartment or at least stay at a hotel for the short time being. You should have no problem finding a significant number of average to good-looking girls, although seldom prettier than SMV 8. Generally you can talk about all kinds of things with girls but make sure to keep frame and avoid contentious and complicated issues.

Make sure to pipeline a bit through dating apps/websites just before you go and create an abundance of opportunities. Look out for prostitutes and city gangs and don’t cause any trouble. Drugs should likewise be avoided. You may have heard about Rodrigo Duterte’s tough drug policies, which involve killings of dealers, even users.

You will do well with just English here. A combination of online game, night game, and a little bit of day game should do you good. Make sure to rent a place since only a few hotels allow guests to bring girls to their rooms.

Some nice clubs are Jenja, Immigrant, and Empirica. Be aware of hookers and semi-pros there, although there are even more of them at Firefly. Keep frame and don’t pay. There are plenty of normal girls, of about the same level of attractiveness as in the Philippines, to choose from. Talk abut this or that, have fun, and have balance between being fairly serious and fun and outgoing.

English will take you far most of the time, but try to learn some Indonesian before you go. That will help you connect with local females, even if it’s just a couple of words and phrases here and there.

Bangkok is associated with crazy nightlife and lots of prostitutes, much like Thailand overall is. Another downside is the massive amount of tourists. Still there are plenty of normal girls in Bangkok who are eager to meet foreign men. Both in public and online, be aware of the large share and number of pros and keep frame.

Use proper apps, especially ThaiCupid, and visit bars and clubs that lean towards a higher percentage of non-pros (i.e. normal girls). Like in other major Southeast Asian cities you can expect to do well if you look average or better and have normal conversation skills. Still the better pictures and looks, and the more confidence and determined mindset, the more you will likely increase your notch count. You are not the only one who is looking for an attractive girl to sleep with.

As for conversational topics it is wise to know about Thai culture and bring up such subjects, plus being friendly and having fun. Be a lover, not a provider, although it might be positive to showcase some form of social and monetary status. Unless girls ask there is no reason to talk about complicated subjects or even your home country. Focus on Thailand, fun, and travel.

English will take you far most of the time, but try to learn some Thai before you go. That will help you connect with local females, even if it’s just 100 words/phrases. Rio De Janeiro is one of few cities in the world where girls approach guys, and as such often in a very direct fashion. Although it is often easy to kiss some of these mulatto girls, often from lower classes and even favelas, it is a bit harder to get laid in comparison. Sometimes kissing is just kissing and nothing more. Still it is often fairly easy to score. Forget about Catholic virtues: many live for the moment, like the day was the last on earth.

Like in Southeast Asia you should use a combination of different types of game, but online game and night game are often more than enough. However, you should be slightly more aggressive and confident in comparison – show that you have balls, both literally and metaphorically speaking. Most girls are between 5-7, like in Southeast Asia, but some have better bodies and can reach 8 or 8.5 mark. Those you bring to your hotel or Airbnb, preferably in some appropriate area, like downtown Rio or near Copacabana.

Research a bit online regarding appropriate bars and clubs, since that may differ from one year to another. Stay away from shady areas, take a cab rather than to risk anything, and don’t flash jewelry and such.

English will not take you far most of the time, so try to learn some Portuguese before you go. That will help you connect with local females, even if it’s just a couple of words and phrases here and there. 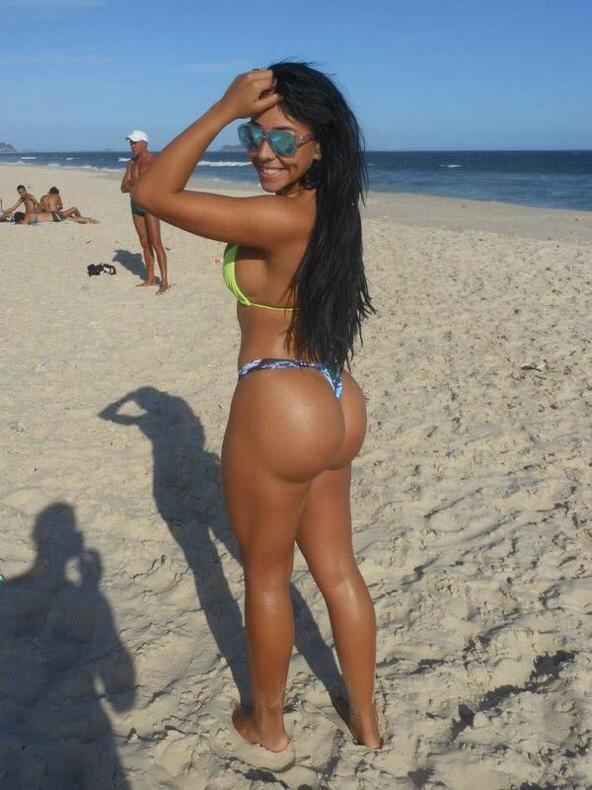 If you look into a dating website/app like ColombianCupid, you realize that there are girls which are really attractive in Colombia, and since the bodies are sometimes so hot they can peak at 8 or even 9. These girls are spread out in different cities like Medellin, Barranquilla, Cali and so on why it would be wise to check out some them if you can, but if time is limited the capital Bogota is more than enough.

If you solely focus on getting laid you should do well with just online game, but for a variety of reasons you should check out the nightlife as well.

English will often not take you far. Thus try to learn some Spanish before you go. That will help you connect with women, both online and in real life. Since Spanish is valuable to learn in general you may regard it is a small life project, at least for a certain part of it.

I have provided five examples of cities that are appropriate to visit if you want to meet girls, as well as the methods and tools that will enable you to maximize your results. Needless to say you could also do a lot of other things while there, such as to enjoy food and other aspects of the local cultures, but this post mainly concerns dating.

One thought on “5 Good Cities To Meet Girls”